Stranded in Jabalpur coz  the meeting you went for wrapped up earlier than you planned or your connecting flight is delayed? Fear not – let me share with you two ‘must see’ places in the marble capital of India -Jabalpur!

India has many places which can give international places a run for their money.

Generally the word ‘waterfalls’ is usually synonymous with NIAGARA FALLS or VICTORIA FALLS and rightly so. Not yet in the same league but not too far behind is the beautiful ‘Dhuandhaar waterfalls’. 90% of the readers have probably never heard of this , neither had we until we reached Jabalpur. Our local guide promised to take us to the ‘Indian Niagara’. With a lot of doubt we left to see the same. What followed was a series of ‘wows’. Here is why!! 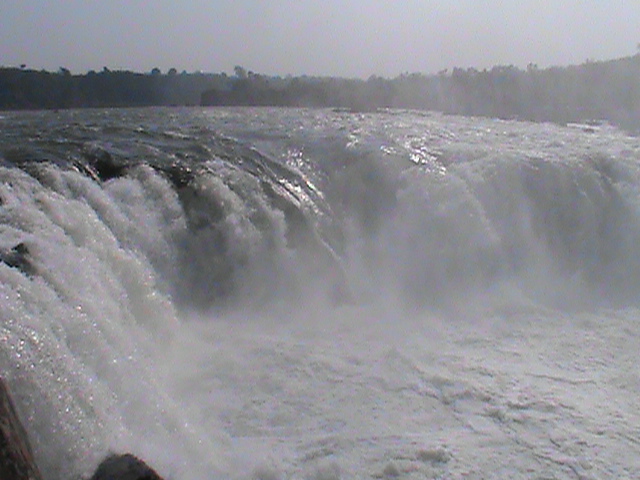 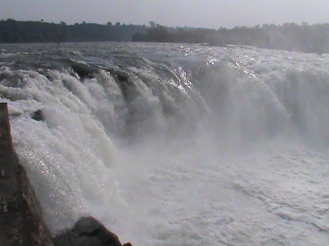 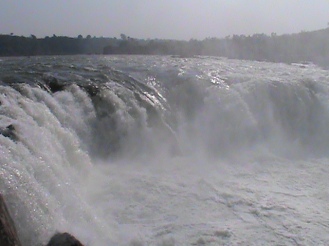 It is not as wide or as high as the Niagara but it certainly is very forceful and falls into the river narmada.

Do you remember Kareena Kapoor dancing away to ‘raat ka nasha’ from the forgettable movie ‘Ashoka’?? Well the sequence was shot @the famous Bhedaghat in Jabalpur. Bhedaghat is an area along the Narmada river , wherein the river has carved through the soft marble thus creating a beautiful gorge about 3 kms in length. The site has been declared as a National Heritage site. The view is beautiful and words do little justice to what we see. 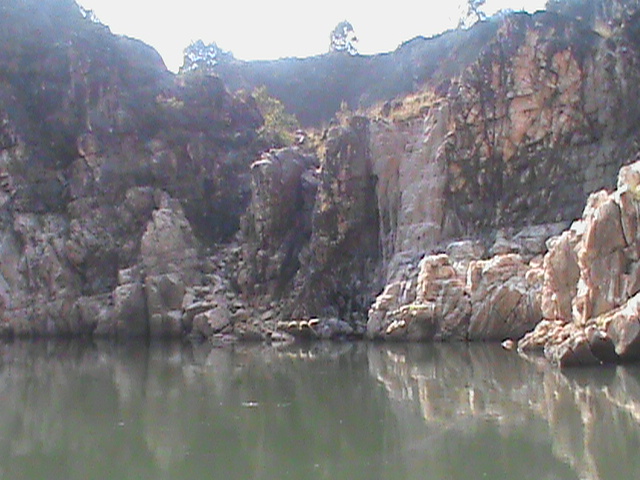 While boarding the flight back home, Humsafar and I kept recollecting the stunning visuals we had just seen @ Jabalpur.Due to time constraint we had to return but I recommend readers to visit Khajuraho as well and then go homewards.